We didnt recognize this email. Please enter a valid email address.
A password change link has been sent to your email address. Please check.
×

He thought the sessions could benefit him and help him to successfully manage his new tenancy. 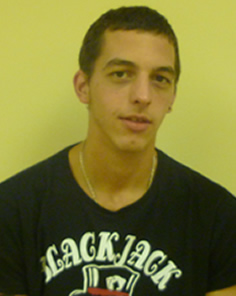 Tom attended 10 weekly sessions at St George’s Community Centre in Lupset, which is conveniently just around the corner from where he lives and also did not clash with his college lessons, where he was training to be a joiner.

The sessions covered topics including alcohol and smoking awareness, cooking and shopping on a budget, and loan shark awareness. Tom now feels more confident about managing his money and tenancy, leading a healthier lifestyle and increasing his chances of finding a job.

Tom really enjoyed the cooking workshop, but struggles to cook at home because he only had a microwave and could not afford a cooker because of his low income and college costs. The Cash Wise team helped Tom apply for a cooker through local welfare provision, which he was extremely thankful for as he could cook healthier meals and save money compared to buying takeaways and microwave meals.

Food was also provided at the sessions and Tom often took plenty home to eat the following day, which also saved him time and money.

Following the alcohol and smoking awareness session, Tom was helped to sign up for the local Stop Smoking Service. He has since quit smoking, and is enjoying the health benefits along with the money he has saved.

Tom enjoyed the Cash Wise experience so much that he has volunteered to become a Cash Wise Champion, by supporting the team at future workshops. Tom will mentor and support future participants who will be facing some of the same challenges he did.

All rights reserved. Web design and development by Nvisage.

We use cookies to ensure that we give you the best experience on our website. If you continue to use this site we will assume that you are happy with it.Ok